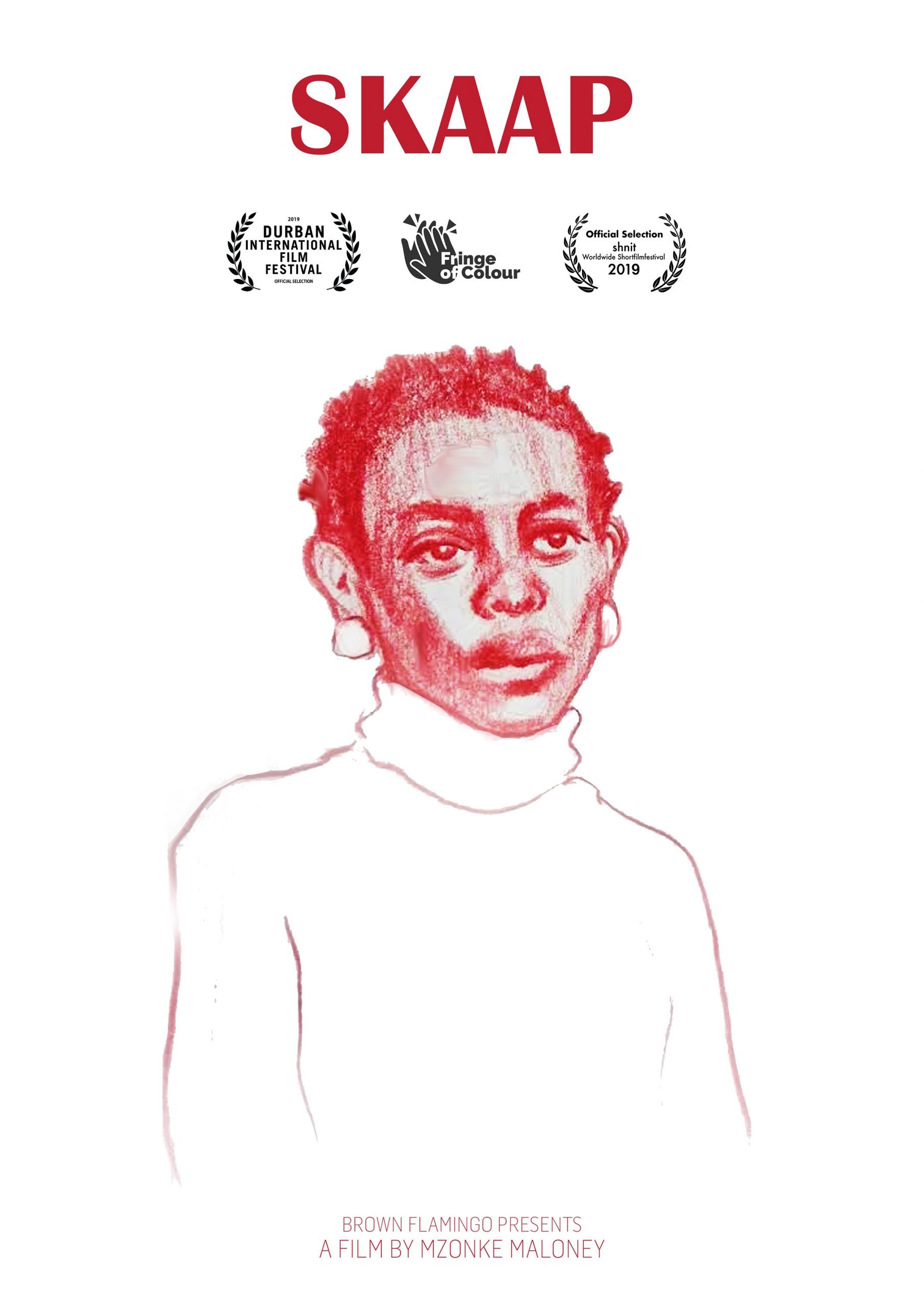 In a quiet allegory on the fragility and volatility of power, a young woman finds herself on a rattling taxi to a reality in a new South Africa that is too similar to the old. “Always late” she is scolded by, presumably, her grandmother and falls right into the older woman’s shoes as a domestic worker and care giver. Slowly walking through the quiet home, she seems to imagine herself in the house but under different circumstances. But her reality awaits, so she opens windows and tends to an the old man of the house, lifting him from his slumber and assuring that he has his time in the sun. A dance of grace, restraint, helplessness and frustration to the point of rage unfolds as we watch a young woman silently buck against her job as a care taker to an old white man whose fragility illuminates her potential power at the same time as it reaffirms his own. In a moment of rage turned madness, she sinks the old man during his bath, submerging him underwater as the full might of her own power descends on her, but no sooner has she realised that power than it is drained from her body and she is left with naught but panic. She quietly settles back into her role as a caregiver and their dynamic continues seemingly unchanged in a true South African ending. 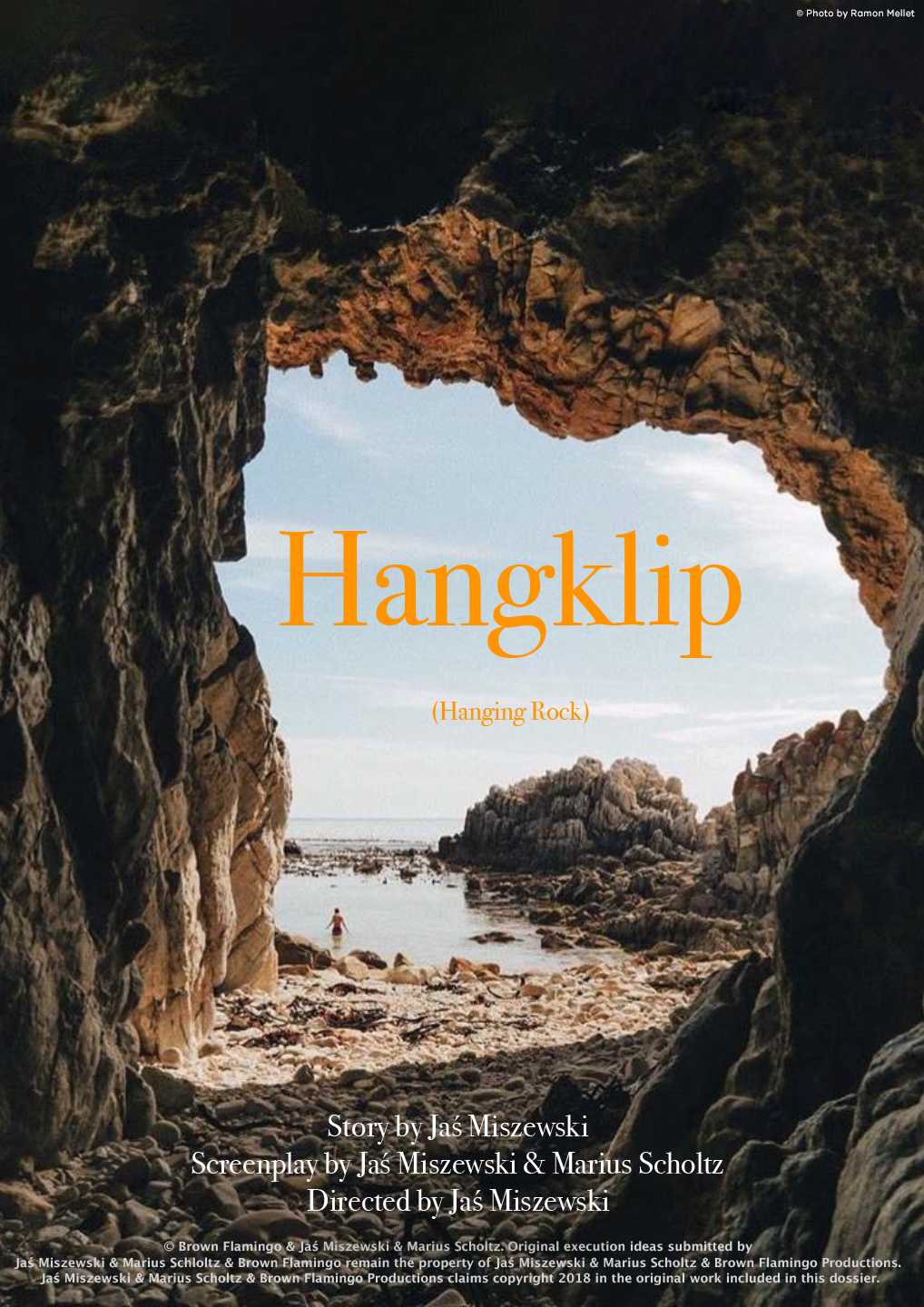 Hidden up the east coast of South Africa lies a beach house in which George a seasoned musician in the grips of an existential crisis, begins work on his first solo album. Having recently returned from a successful career in London marred by a tragic ending, he navigates a changed South Africa and a resurgence of relationships in the forms of his estranged daughter Sadie and her Xhosa mother, Rita. 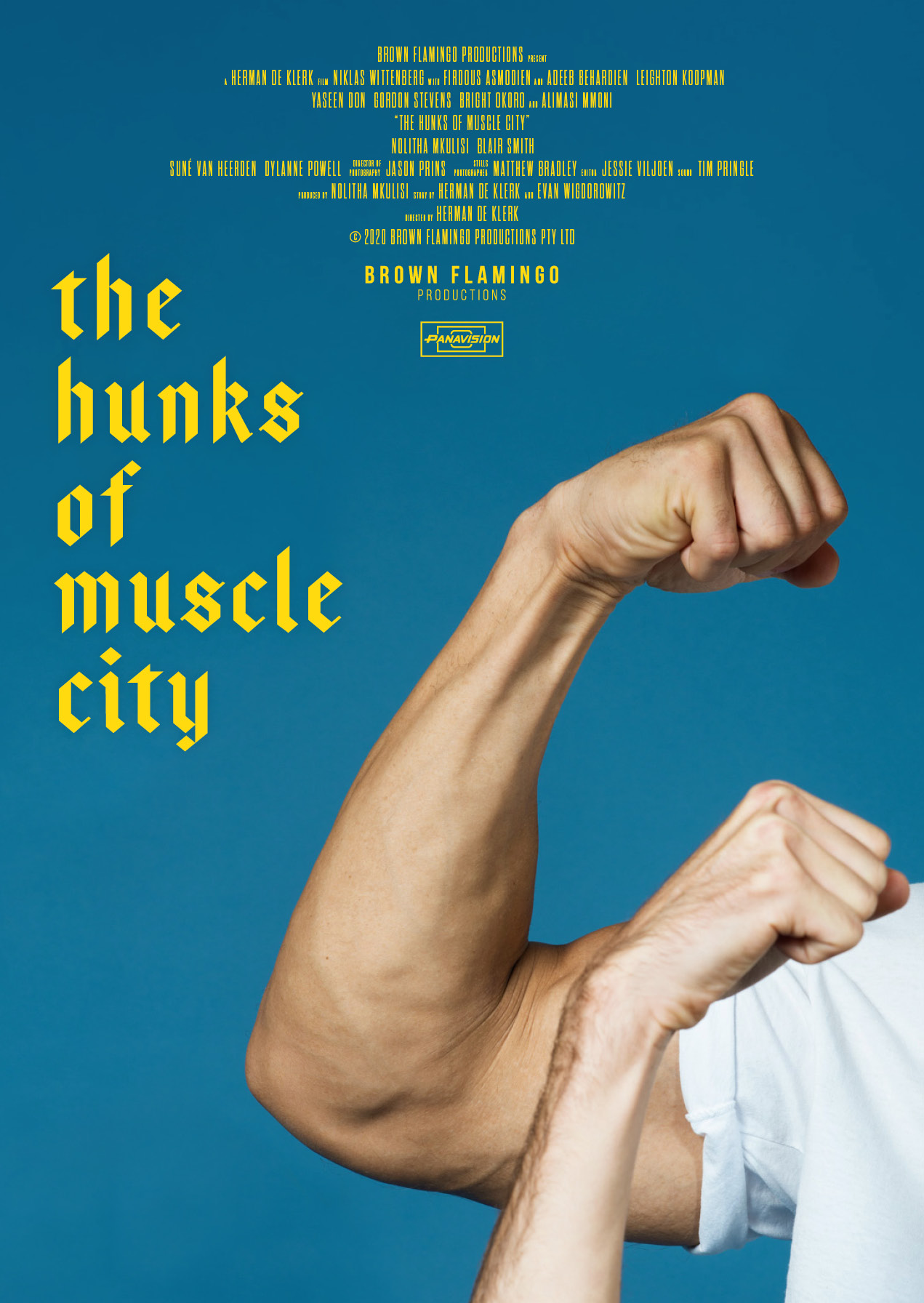 THE HUNKS OF MUSCLE CITY

An asylum seeking security guard pays an unanticipated visit to his traumatic past through the mentally frail nonconformist who doesn’t want to live in the city of bodybuilders.

Seven-year-old Lesedi spends her days waiting and hoping for something to happen. She begins her morning as she has many other mornings: chasing and throwing stones at the cars that are passing through the centre of her isolated town. She hits one then soon returns to Marta’s – a middle-aged shop- keeper and her best friend- to wait out the rest of the day. While Marta, well accustomed to waiting flows through her daily routine with hard-fought content, Lesedi is restless, expectant, and yearns for movement. Unexpectedly, a car similar to the one Lesedi threw stones at breaks down introducing Naledi to the community and leading Lesedi to believe that she caused the breakdown. Though Lesedi is wary of being discovered, she is enamoured by Naledi and an unlikely albeit transient connection is formed.

Presenting the projects in development by Brown Flamingo.

An Anthology based on 4 short stories that are themed around the internet and Social Media. 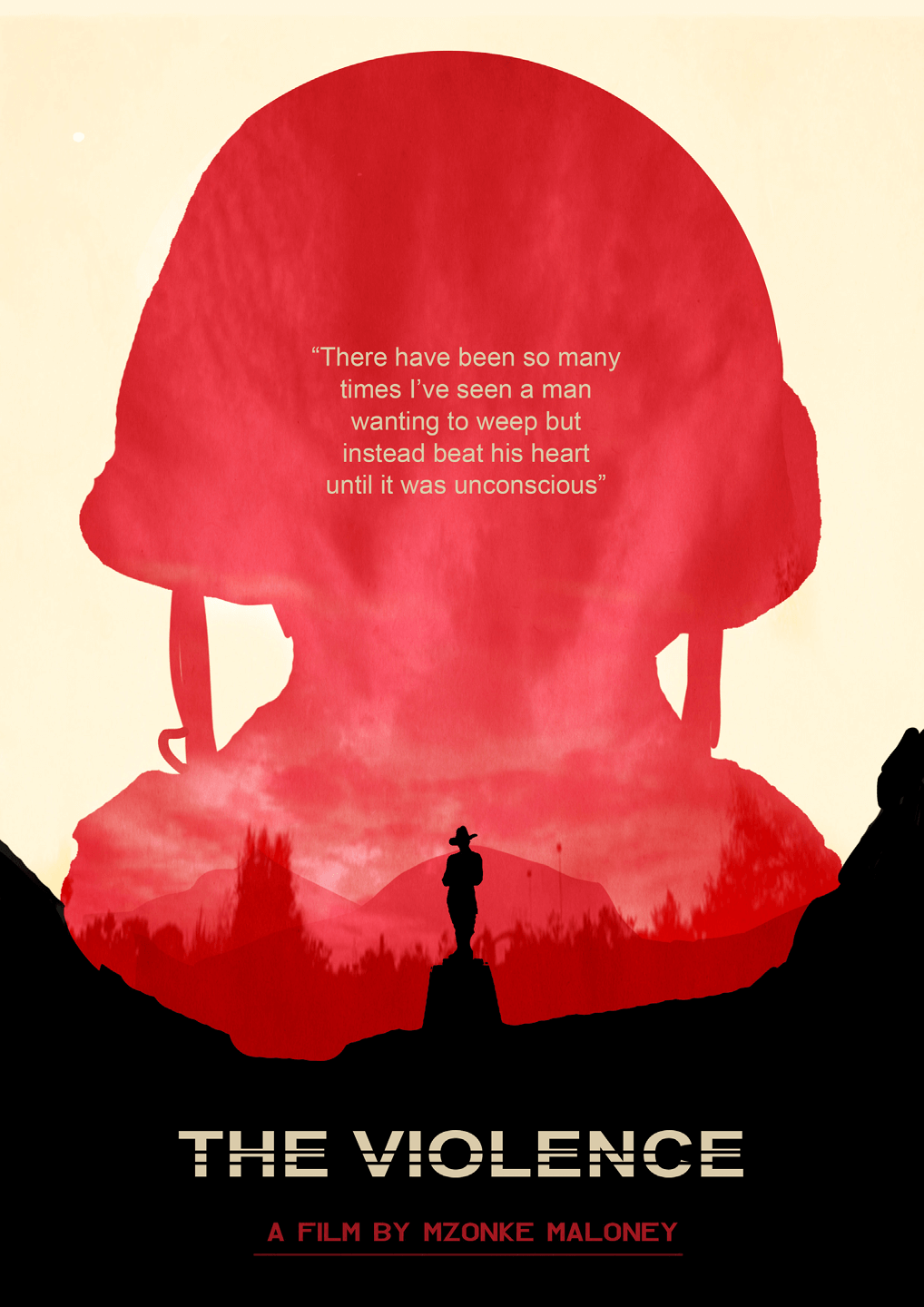 After witnessing a murder, Vukile, a mischievous teenager, experiences psychogenic dysphonia and loses his voice. His journey to regain it, takes him to a camp, where he must survive the terrors of harsh ex politician, General Mqina.

Along with many residents of his hometown Krugers Dorp, an alienated white student in his final year of high school struggles to adapt to a post-apartheid South Africa. But when a kind of nurturing is promised by a commune of charismatic Afrikaans nativists, Arno feels a sense of home that he has been searching for unknowingly. 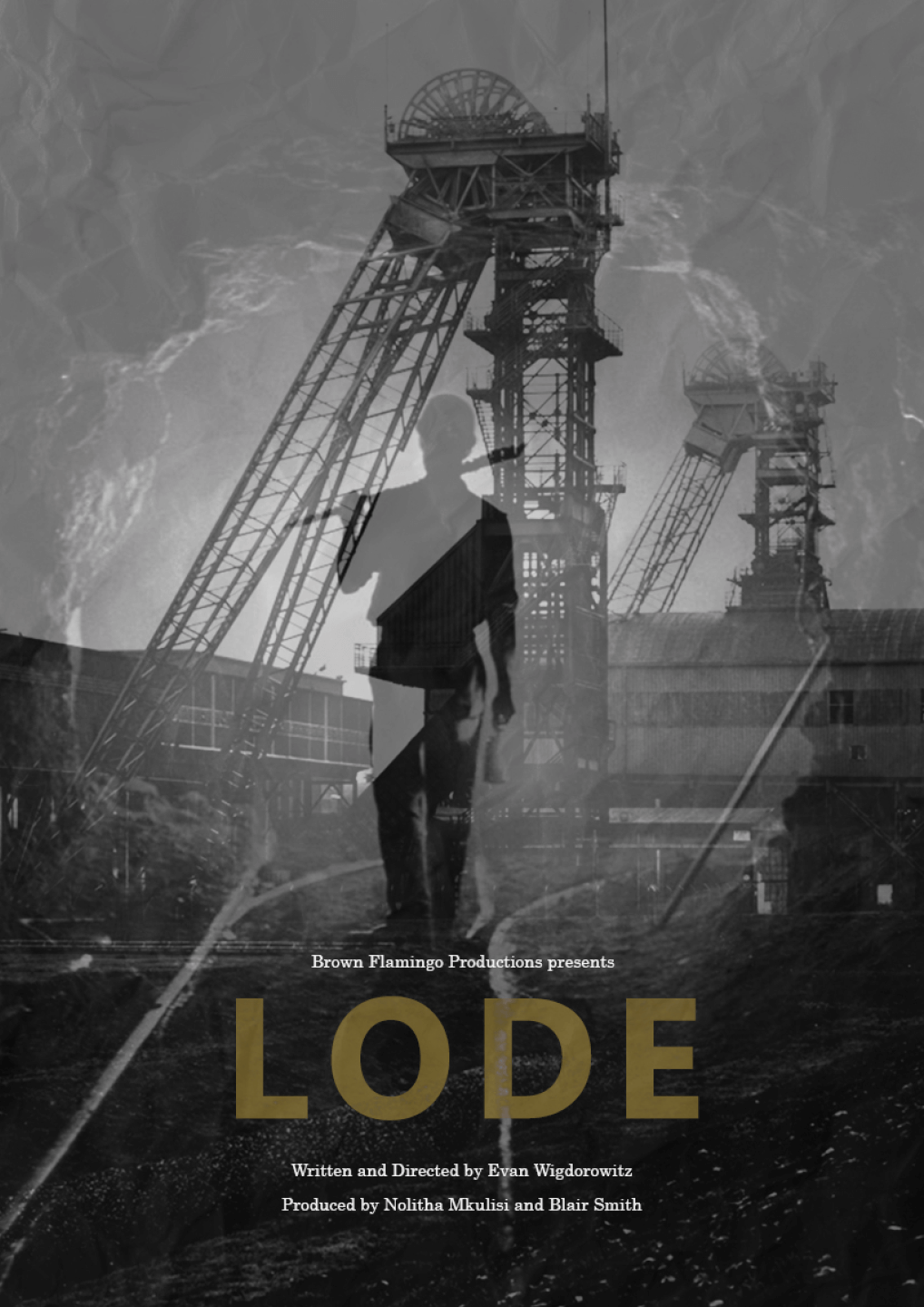 Gold mining started in South Africa on a few small farms in the Witwatersrand Highveld in 1886. These first endeavors eventually led to a reaping of great riches and consequent political and economic power for a few white men. These same endeavors led to a monumental change in the way of life for the multitudes of black men that toiled underground in the mines. Lode documents a glimpse into the life of one of these black men, Thulani, during his first week on a new mine in 1962. 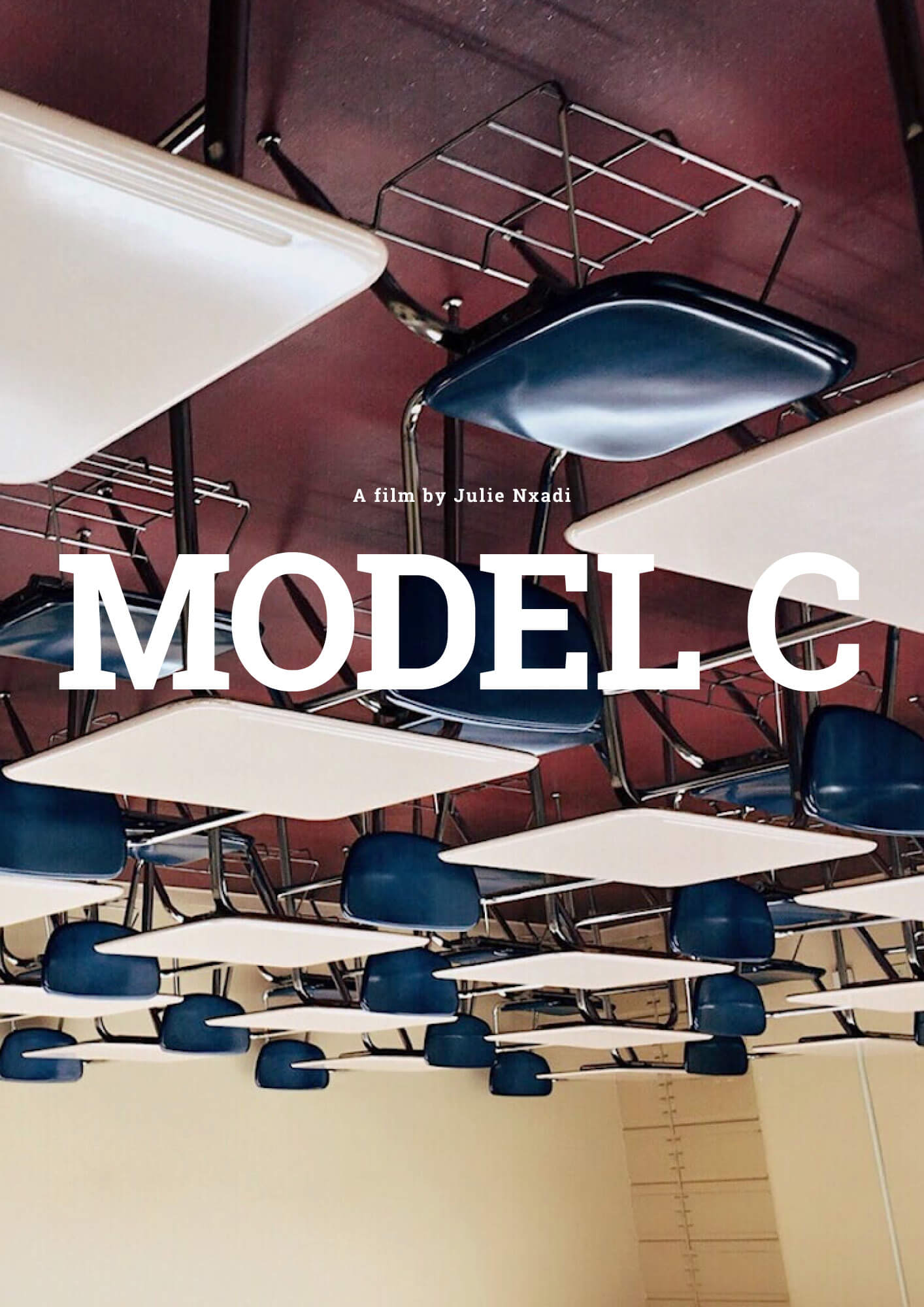 Model C is a coming of age dramatic comedy anthology series that shares tonal textures with films such as Juno, Dope, Edge of Seventeen, and Eighth Grade. The series holds a balance of grit and levity whilst pointing to the particular experiences of four young women of colour in a historically white (or former model C), all girl, public high school in late 2000s Cape Town, South Africa. With each 25 minute episode chronicling the experiences of each of these young women, each episode in the series hones in on a single character, presenting vignettes of these four characters’ diverse realities, each almost completely isolated from the other save for a few shared scenes and their shared reality that is their school, Jameson Girls High. We walk with them as they construct their varying identities in a fragmented and difficult to navigate post 94 South African reality, first in introductory episodes which acclimate us to their varying perspectives, and then in a second cycle of episodes that pry the characters open further, totaling 8 episodes for the complete series. Amidst race, gender, sexuality, class, intimacy, visibility, and desirability, our characters attempt to find some sense of belonging.

SO, YOU LIKED WHAT YOU SAW?